This post is the first one of my new educational series “Let’s end the war on GMO” where I will be explaining different aspects of Genetically Modified Organisms, their usage and hopefully clarify some of the uncertainties which arose online.

This week, let’s end the war on… GM foods!

Recently, I’ve seen a water bottle labelled with three signs – safe for babies, vegan and non-GMO. I could probably agree with the first one. But I laughed out loud when I noticed the other two symbols. Vegan water – as far as I am concerned, you can’t water a cow (correct me if I’m wrong). Finally, the Non-GMO sign made me (cry) think – if marketing specialist use NON-GMO signs on water, it means, that people have no clue what GMOs are. I’m here to talk to you about it!

These are only some of the ‘reasons to avoid GM foods’ freely floating between google searches.  It is worth noting, that none of these so-called reasons are backed up by scientific publications or any references. As a scientist, I have an obligation to educate the general public about controversial or unpopular topics, so that informed people can make their own responsible choices regarding their diet.

Let’s have a deal. I will show you the facts about GMO, and you will decide what to believe yourself, alright?

What are Genetically Modified Organisms?

Nothing ‘gives you cancer’, something can only increase your risk of cancer. But it is not GMO. WHO has a really good definition of GMO:

GMO can be defined as organisms (i.e. plants, animals or microorganisms) in which the genetic material (DNA) has been altered in a way that does not occur naturally by mating and/or natural recombination. The technology is often called “modern biotechnology” or “gene technology”, sometimes also “recombinant DNA technology” or “genetic engineering”. It allows selected individual genes to be transferred from one organism into another, also between nonrelated species. Foods produced from or using GM organisms are often referred to as GM foods.

Nowadays scientists are able to manipulate DNA in a very specific way, thus a process which would take 1000 years through the natural breeding techniques is achievable within one generation of the living organism. Also, some valuable features (genes) may be suitable to transfer from one species to another. However scary it sounds, it does only because science sounds complicated. Complicated does not mean bad for you. It means – you need to make an effort to understand it. Please, do not take media as your main source of scientific information – question what you hear or read.

People say, that DNA from a GM tomato binds with our DNA and ‘gives us cancer’. It is simply impossible. We eat DNA of plants and animals (and bacteria!) every day. DNA is a fairly weak (deoxyribonucleic) acid, which gets broken into small pieces very quickly. Those pieces are not able to mutate our DNA. Different molecules obtained from digested foods do build our DNA strands, but only in an ordered way, not invading it. GM vegetables will have altered DNA but it does not change the fact, that its genetic material is broken down in our guts as non-modified ones (1 and 2)

There is a concern, that the additional or altered genes within GM crops may induce immune responses in human bodies (ie. allergy). All GM foods are tested backwards and forwards thousand times before they enter the market. Researchers make sure, the plant is as safe as possible before it lands on your plate.

Many years ago, there was a risk that GM crops could be bearing antibiotic resistance genes within their DNA, which could potentially (but very unlikely) be transferred into our gut bacteria and (maybe) in result affect our health (3 and 4). Now, the approved GM foods do not have antibiotic resistance genes as their markers, thus it is impossible to make little X-mens from our little gastrointestinal guests.

The word ‘pollution’ is very unfortunate in here. It makes people think GM seeds are negatively impacting their health as air or water pollutants. Generally, the farmers want to avoid mixing non-GM crops with GM ones from obvious reasons – food needs to be appropriately labelled and any possible side-effects of cultivating new crops identified. Studies show there is a very low risk of mixing genes between GM and non-GM species, since countries developed strategies to reduce outcrossing (5 and 6)Any old-style GM crops which were responsible for heavy metal ions aggregation were identified years ago, destroyed and the soil was cleaned from all ‘contamination’. (7)

GM foods are as nutritious as the ordinary ones. Moreover, some of them (like soybeans) were modified to increase their nutritional value. Plants were genetically engineered so they are easier (and cheaper) to grow by farmers, to make them resistant to herbicides, pests or to even their size. A good example of this is a freeze-resistant and insect-resistant maize. It used to be frost sensitive but now can be grown in the cooler climates. (8) The livestock is fed with a lot of corn; thus, the GM maize can sustain the agricultural demands for crops. More examples of GMO saving lives in the next post, so stay tuned!

And remember: Do not get fooled by the pictures of apples with needles stuck in them.

These pictures meant to manipulate you to think, that GMO are treated with large amounts of some chemical substances before they are given to you – the customers. This is not how scientists modify plants! It happens on the cellular level – at the nucleus of the cell within a seed, not a fully-grown apple. Modern techniques (such as CRISPR-Cas9) allow the changes to be done in a very specific, subtle way, so there is no need for a syringe or any dodgy substances to be added.

To conclude, nowadays the scientists are able to tackle the problems and issues regarding long-term effects of GM crops. (9) Each seed coming from a laboratory is checked backwards and forwards multiple times and we know about them more than we probably ever will about the ‘organic’ foods. To finish off, I have got for you a great quotation from James Watson’s book called ‘DNA The Secret of Life’ (click the title to check it out)

“There are more rodent carcinogens in one cup of coffee than pesticide residues you get in a year. (…) So it just shows our double standard: If it’s synthetic we really freak out, and if it’s natural we forget about it.”

In the next post of this series, Motivelina will show you the most interesting examples of GM foods and their impact on the environment and the society. 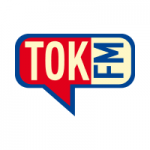